Kim’s English was perfect, but his RAF trainers felt he was failing his course due to language issues. We helped Kim overcome the stark cultural differences through immersive study and exposure to students with very different backgrounds, ultimately helping him to thrive & excel.

Kim was a Korean air force officer training at Cranwell Royal Airforce College. He was referred to us by the commanding officer because he was in danger of failing the course. He was well liked, hard-working and intelligent. His trainers couldn’t work out what the problem was, although they realised it must in some way be language related.

Kim was with us for three weeks, including the Christmas period. (We do not actually run courses over Christmas, but we accepted Kim on the understanding that he would be treated as part of the family over the actual holiday).

Kim’s knowledge of English was excellent. He knew his grammar inside out, and his pronunciation was not bad, although he didn’t understand the communicative significance of appropriate intonation. What rapidly became clear was that his difficulty was in the area of cross cultural communication. Interestingly, during his first week here we also had an Omani army cadet from Sandhurst Military Academy. Kim seemed to be very uncomfortable with Ali, although Ali was trying so hard to be friendly. One of Ali’s expressions of friendliness was to slap Kim on the back saying ‘y’aki’ (my transliteration of the Arabic, meaning ‘my friend’). In Korean culture, intimate tactile contact of that sort is not acceptable. This provided a perfect opportunity to explore cultural differences.

We carried out a simple group activity with a German and French participant where we asked the four of them to move round the room until they felt that they were standing at a comfortable distance from each other. After two minutes they were still moving, because what one person found a comfortable distance was not the same for the others. For Ali it was a dramatic discovery that Kim found his naturally effusive behaviour intrusive. Similarly, Kim was amazed to realise that Ali found his ‘distance’ aloof and unfriendly. It is difficult to reach a consensus of what is the perfect physical distance to keep between individuals when this is such a culture-dependent concept – but the relationship between the two improved immediately once they understood the importance of the intention behind each other’s behaviour, rather than the manifestation of the behaviour itself.

Another communicative difficulty for Kim was the difference in hierarchical relationships within Western – and particularly in his case – British culture, and Korean culture. For him it was absolutely unthinkable to question a senior officer, or admit that he had not understood what a trainer was explaining. This would, to him, have appeared to be a criticism. Also, he was used to strict turn-taking; only one person should speak at a time. Both at LEC and at Cranwell, he constantly experienced colleagues interrupting him, or even speaking across him. Many of our Japanese participants have experienced the same confusion.

Our solution was to train him be able to interrupt (as appropriate), and to ask for repetition or clarification. At first he found this emotionally challenging. Communication in a foreign language often requires shifts in deeply rooted behaviour. Each time Kim tried to do as we asked, his face would redden: he clearly felt very uncomfortable. However, after a considerable amount of reinforcement, we noticed that he was feeling less and less embarrassed – until he reached the point that while he would still be almost physically incapable of interrupting somebody in Korean, it was no longer a problem in English.

Since Kim was a Christian, and it being Christmas, he wanted to attend the service of carols and readings in our village church. This gave us an idea: why not invite Kim to do one of the readings! Kim was not keen on the idea, but it provided a good opportunity to coach him in effective speaking in English. We worked intensively on one of the readings, using it to train him in appropriate rhythm and intonation, and showing him how to emphasise and pause in the appropriate places. Sometimes intensive reading can be more valuable than extensive reading, because once a passage has been internalised, the lessons from it can easily be transferred to other contexts. In the end, Kim agreed to read in church, although it was a daunting prospect addressing a congregation of over 100 strangers. He was extremely nervous, but performed perfectly. Afterwards as we all enjoyed traditional mince pies and glasses of mulled wine, lots of people came up to him to congratulate him, and several of them commented that they wished that local native speakers would read as clearly! Again, Kim found these compliments emotionally quite difficult to accept, but he was clearly encouraged by them, and he became noticeably more confident.

On Christmas day itself we had lunch with my parents. This was another learning curve for Kim. He was quite shocked at the familiar way in which the grandchildren spoke to their grandparents. His expectation was that only the head of the household should speak at table. He also didn’t know how to cope with the hospitality. My father kept offering more food and drink, which Kim kept accepting, until we realised that he was actually feeling uncomfortably full. Kim had assumed that it would be impolite to refuse. We explained to him that it was perfectly alright to say ‘no, thank you’. Again, Kim was exceedingly embarrassed when my father turned his head away to blow his nose into his handkerchief. This would not have been acceptable behaviour in Korea.

Cross cultural understanding involves a process of both sensitisation and de-sensitisation; by that I mean that we need to learn how not to offend others, as well as how not to feel offended by them.

It occurred to us that Kim’s colleagues at RAF Cranwell might not know much about Korean culture. Since Kim was required to give a presentation when he returned to college, we suggested he choose Korean culture as his topic. ‘I don’t know what Korean culture is,’ he said. At first we were puzzled, but then we realised that in fact, we define any culture in relation to its difference or similarity to other cultures, particularly our own. So – we started drawing up general comparisons between British and Korean culture, and helping him to craft them into a presentation which he then practised with us several times.

The conclusion to this case study was most satisfying. At the end of his course at Cranwell we received a letter from his commanding officer informing us that he had not only passed the course, but had received an award for coming top of it: and that was in competition with native speakers of English! 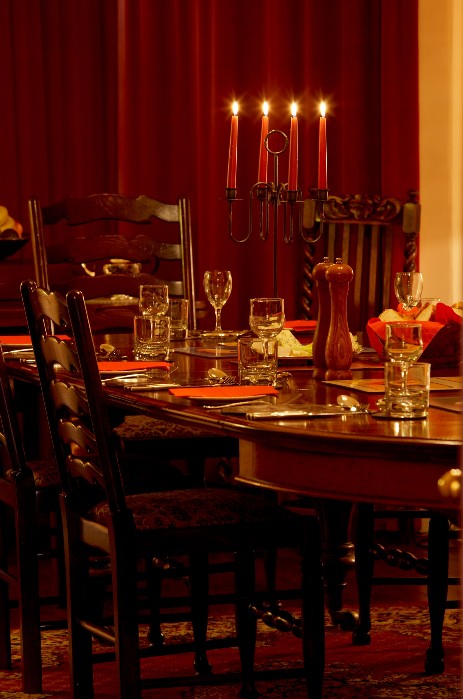